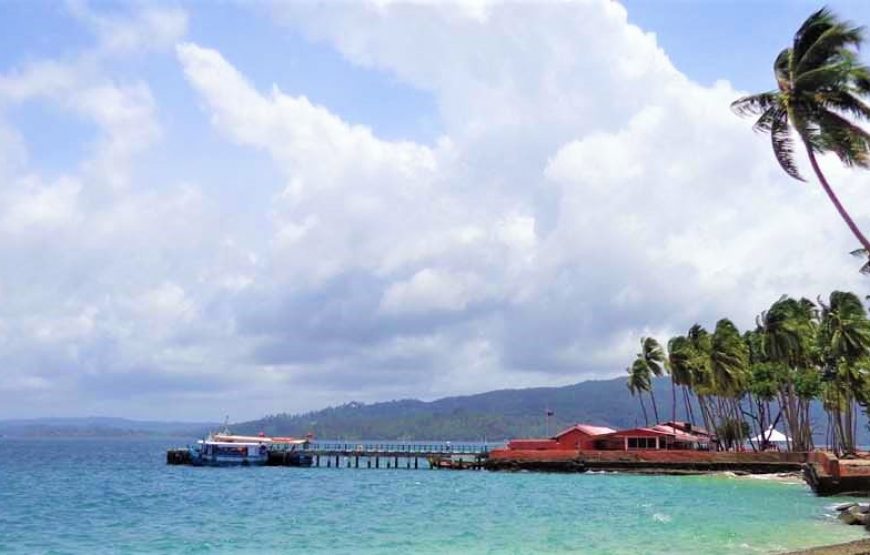 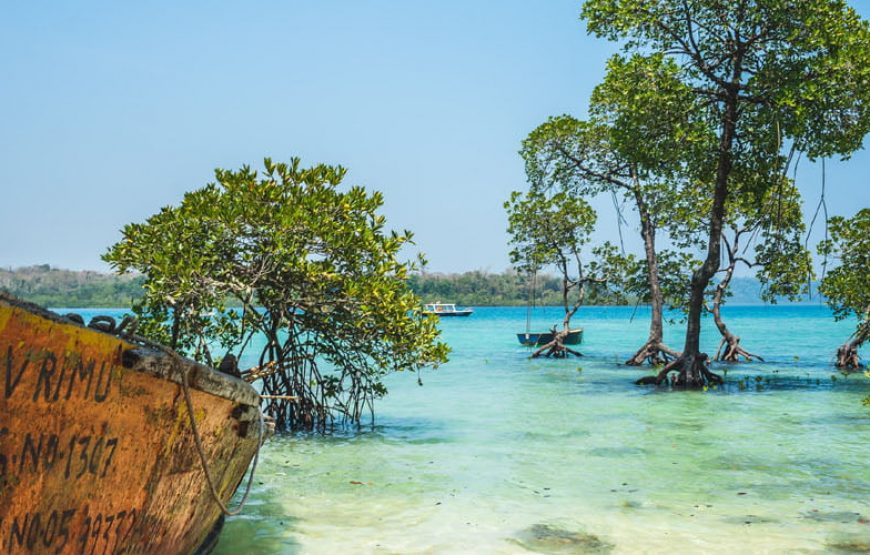 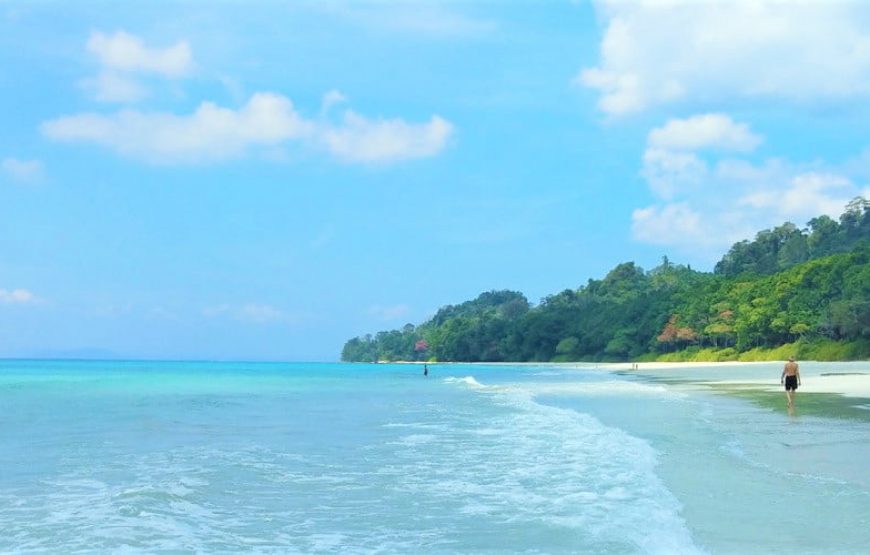 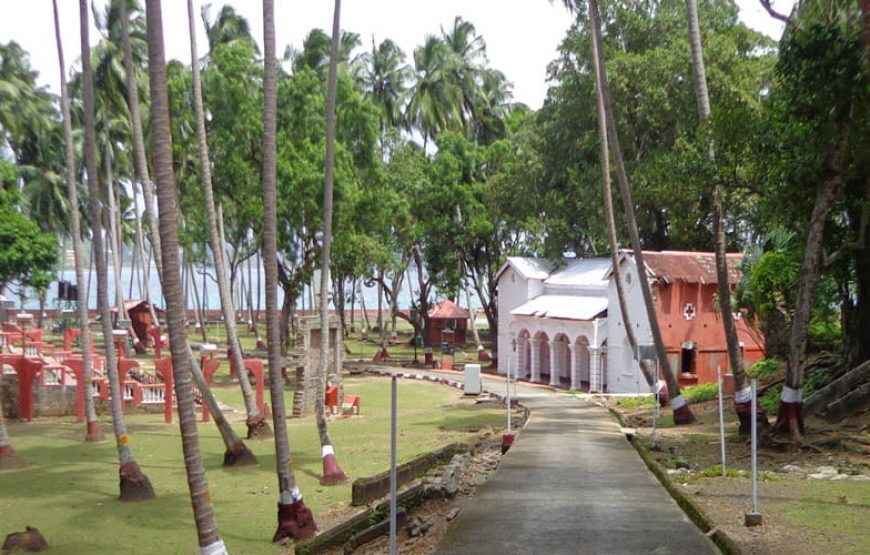 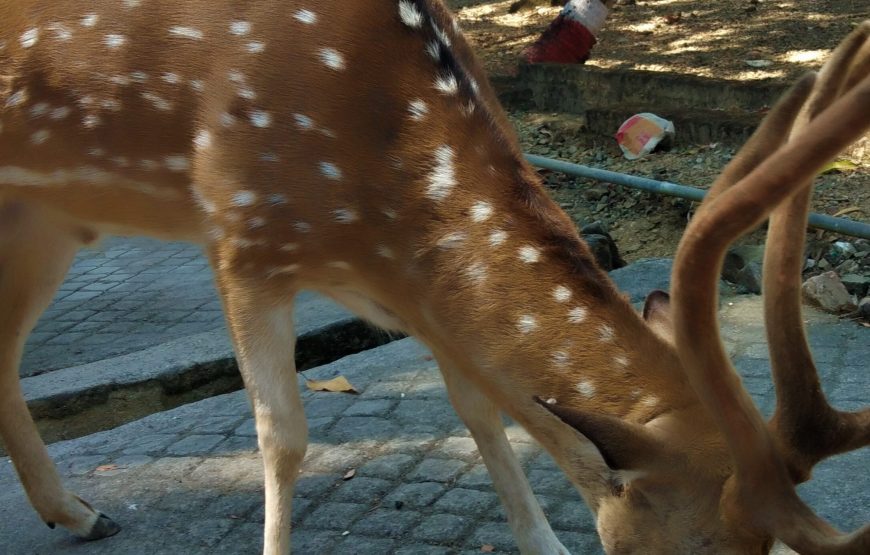 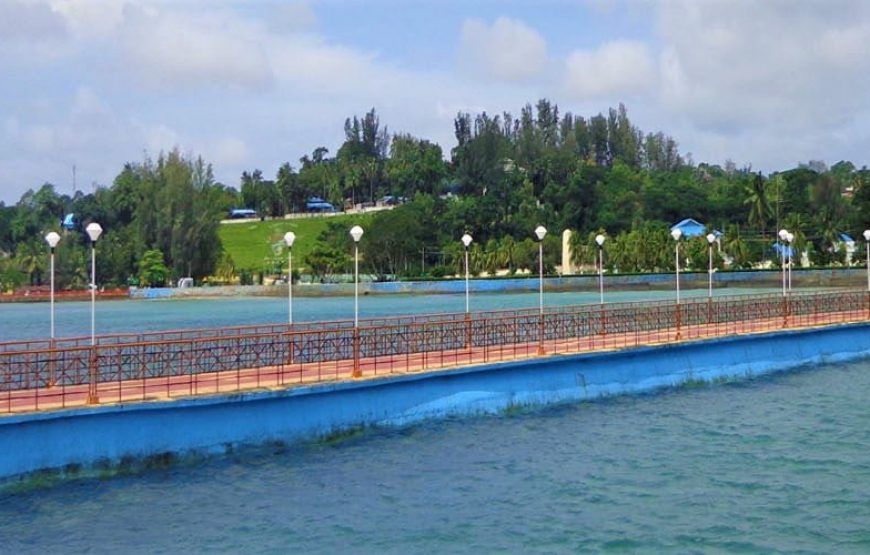 Day 3: Visit Radhanagar Beach and Back to Port Blair

Cellular Jail: Cellular Jail was build during British rule as colonial prison to exile political prisoners and freedom fighters. It's a historic building and it was built in the 19th century and it took ten years to completed the cellular jail. The building had seven wings and every wing had three stories upon completion. It's called, "cellular jail" because it looks like “Cells beyond Cells”. The Cellular Jail is also known as Kalapani.

Fisheries Museum: It is situated adjacent to the Rajiv Gandhi Water Sports Complex, Port Blair. This museum has 350 different species of marine life. All the displayed marine life has been collected from the Bay of Bengal and The Indo-Pacific Ocean. After that free for your own activities. Back to hotel & Overnight stay.

After Breakfast will proceed to Ross & North bay Trip from the water sports complex.
ROSS ISLAND (NSCBD): Ross island is located in the South Andaman part. It was named after Sir Daniel Ross a marine surveyor. Ross island is renamed as the "Netaji Shubash Chandra Bose Dweep" by the prime minister of India (Mr. Narendra Damodar Das Modi) after visited in Andaman. It's a beautiful small island under the supervision of the Indian Navy. This island is an ideal destination for a nature walk amidst sylvan surroundings with deer, peacocks, Rabit, and exotic birds. It will take 15 minutes by speed boat from Rajiv Gandhi water sports complex

NORTH BAY: This island is located in the southern part of Andaman. It's a beautiful coral island and this island is also called "The gateway to Port Blair". The breathtaking white sandy beach and stretch of coral bed leaves you spellbound. The north bay island is famous for its Coral Reef, Exotic verities of color fishes, and Water sports activities. The north bay island is the famous and most popular island where you can explore the various water sports activities like Glass bottom beat ride, Dolphine Boat Ride, Parasailing, Semi Sub Marine Ride, Snorkelling, Scuba Diving, and Underwater sea walk. Back to hotel & Overnight stay at Port Blair.

After Breakfast check out from the hotel and then proceed to Airport. Back to home destination with unlimited memories. 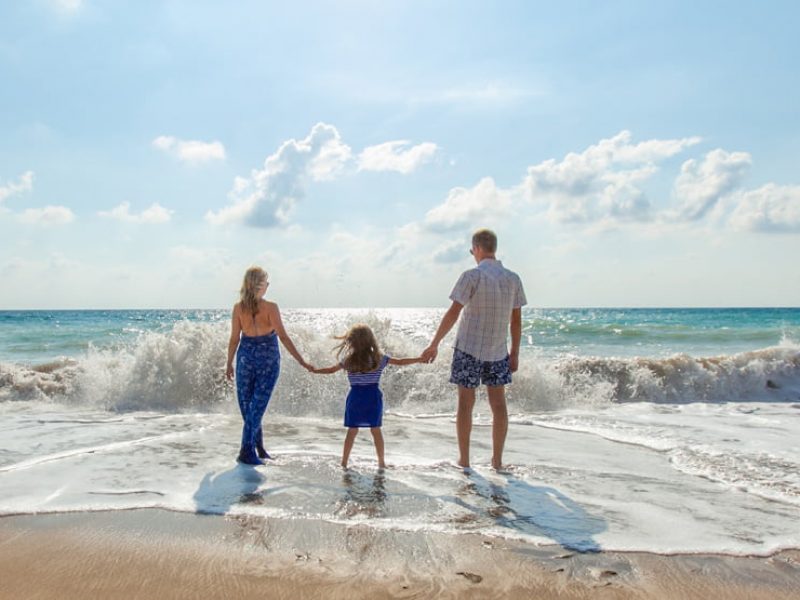