10 Amazing things to do at Salzburg in Austria

10 Amazing things to do at Salzburg in Austria

The Salzach River exits from the Salzburg Alps into lower ground dominated by the 1,853-meter Untersberg, and this attractive city spreads along both sides. The residential neighbourhood between the Neutor and Neugebäude districts’ big squares. Several of Salzburg’s attractions were used in the filming of The Sound of Music, and this is a big lure for visitors. To help you in planning your vacation, we’ve put together a list of 10 Amazing things to do at Salzburg in Austria, that is guaranteed to make your vacation especially special.

List of 10 Amazing things to do at Salzburg in Austria:

The initial castle was completed in 1077, and much of what can be seen now was erected in the early 1500s. The entrance to the stronghold passes through a variety of spectacular arched defensive entrances beneath the 17th-century Fire Bastion. The courtyard, with its modest St. George’s Church (Georgskirche) from 1502, and the famed Salzburg Bull (Salzburger Stier), an organ from 1502 that still plays every day and seems to mimic the carillon in the Neugebäude, are two further attractions. The Fortress Museum, which has weaponry and torture devices, and the Rainer Army Museum, which has objects from the medieval Salzburg family regiment, are both worth viewing.

For its location within the St. Peter’s Abbey complex, the church is sometimes known as the “Abbey Church.”
The painted altarpieces on the 16 marble altars, as well as the Lady Chapel (Marienkapelle) from 1319, which has a stone statue of the Virgin, as well as Early Gothic frescoes and later frescoes from 1755, are further highlights.

It’s the greatest site to start exploring the various tourist attractions this lovely city has to offer since it’s one of the city’s major squares. An Italian sculptor created this marble masterpiece in 1661, and it is the largest and best Baroque fountain on this side of the Alps. A Triton with a conch shell sits above the entire show. You may also jump straight in and see significant sights like Salzburg Cathedral and the Residenz, the city’s historic Prince Bishops’ residence.

Hellbrunn Palace (Schloss Hellbrunn) was never designed to be a dwelling, but it is nonetheless incredibly impressive, and a tour provides you with an intimate view into the lifestyle of these tremendously wealthy and powerful rulers of both churches and state.
These include a garden of fake water features and fountains, where an innocent-looking statue of pavement may change into a shower, or what appears to chair surrounding a table can start spouting water all over people. Aside from the clever fountains and lovely flower beds, the park is notable for the gazebo and majestic arcade of trees that were utilized in the filming of The Sound of Music.

The lofty roof of the choir and the 1498 tower on the south side are notable elements of the exterior. The high altar, built-in 1709 and noteworthy for its late 15th-century sculpted Madonna, stands in front of a ring of Baroque chapels dating from 1606. The Franciscan Friary, which is still in use, is located directly across from the church.

The Church and Cemetery of St. Sebastian

The church, which was built in 1512 and entirely renovated in Rococo style in 1753, has a flight of steps that lead to St. Sebastian Cemetery (Friedhof). The graves of Mozart’s father, Leopold, and his widow, Konstanze, may be found on the route leading to the church.

The Festival Theaters (Festspielhäuser) is made up of three buildings: the huge Festspielhau; the smaller Haus für Mozart, which is connected by a lobby with magnificent murals; and the Karl-Böhm Hall, which is used for exhibits and celebrations. The greatest of European music and theatre are showcased during this famous five-week summer festival. Visit the Salzburg Marionette Theater for a truly unique theatrical experience.

The Abbey of St. Peter

This remarkable edifice complex was founded by St. Rupert in AD 690 and served as the home of the Archbishops until 1110. The Friedhof St. Peter (St. Peter’s Churchyard), an exquisite burial cemetery encircled on three sides by arches and family tombs from the 17th century, is a highlight.
From the churchyard, a path leads to the outer courtyard, which is adorned with St. Peter’s Fountain (Petrusbrunnen), which was completed in 1673. Nonnberg Abbey, established in AD 714, is another notable Salzburg landmark.

The historic merchant residences that border this popular pedestrian area date from the 15th to the 18th century.
The 13th-century Court Pharmacy (Hofapotheke) is located in the Old Market, while the 17th-century St. Florian’s Fountain, with its octagonal basin and an even older spiral grille from 1583, is located in the centre of the square. Until 1806 the Prince Bishops of Chiemsee lived in the latter, which was built in 1305.

The Cathedral of Salzburg

The building’s west façade, facing the Domplatz, is adorned with four massive marble sculptures, the outer ones depicting the patron saints of the province, St. Rupert and Virgil. The three great bronze doors with their emblems of Faith, Love, and Hope; the high altar with its Resurrection painted in 1628; and the magnificent paintings in the vaulting are also noteworthy characteristics.
The Cathedral Museum, which houses the Salzburg archdiocese’s collections of liturgical items and objets d’art, is a must-see. In addition, consult the cathedral’s website ahead of time for information about forthcoming performances and recitals. 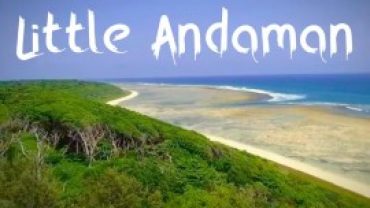 Little Andaman is the Andaman Islands' most remote inhabited island, situated 120 kilometres south of Port Blair. But don't be deceived by its name: although being one of the biggest islands available to tourists, it is the least frequented due to its secluded position. Those who brave the lengthy drive south will be rewarded by [...]

Jammu and Kashmir, a slice of heaven on earth, is India’s 19th most populous state and is almost surrounded by the Himalayan range. The form is also unique in that Muslims represent most of the population, making it the only one in India. A Kashmir tour is that particular thing you need right now to explore every […] 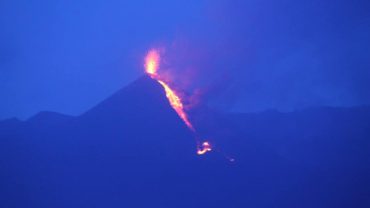 Barren Island – Explore Only Active Volcano in the Andaman Islands

Barren Island, approximately 135 kilometres northeast of Port Blair, is located at the confluence of the active seismic Indian and Burmese plates. Because of the regular volcanic explosions that occur here, the island is essentially abandoned, as its name implies. Although touring on the island is not very frequent, authorization from the local forest authority […]